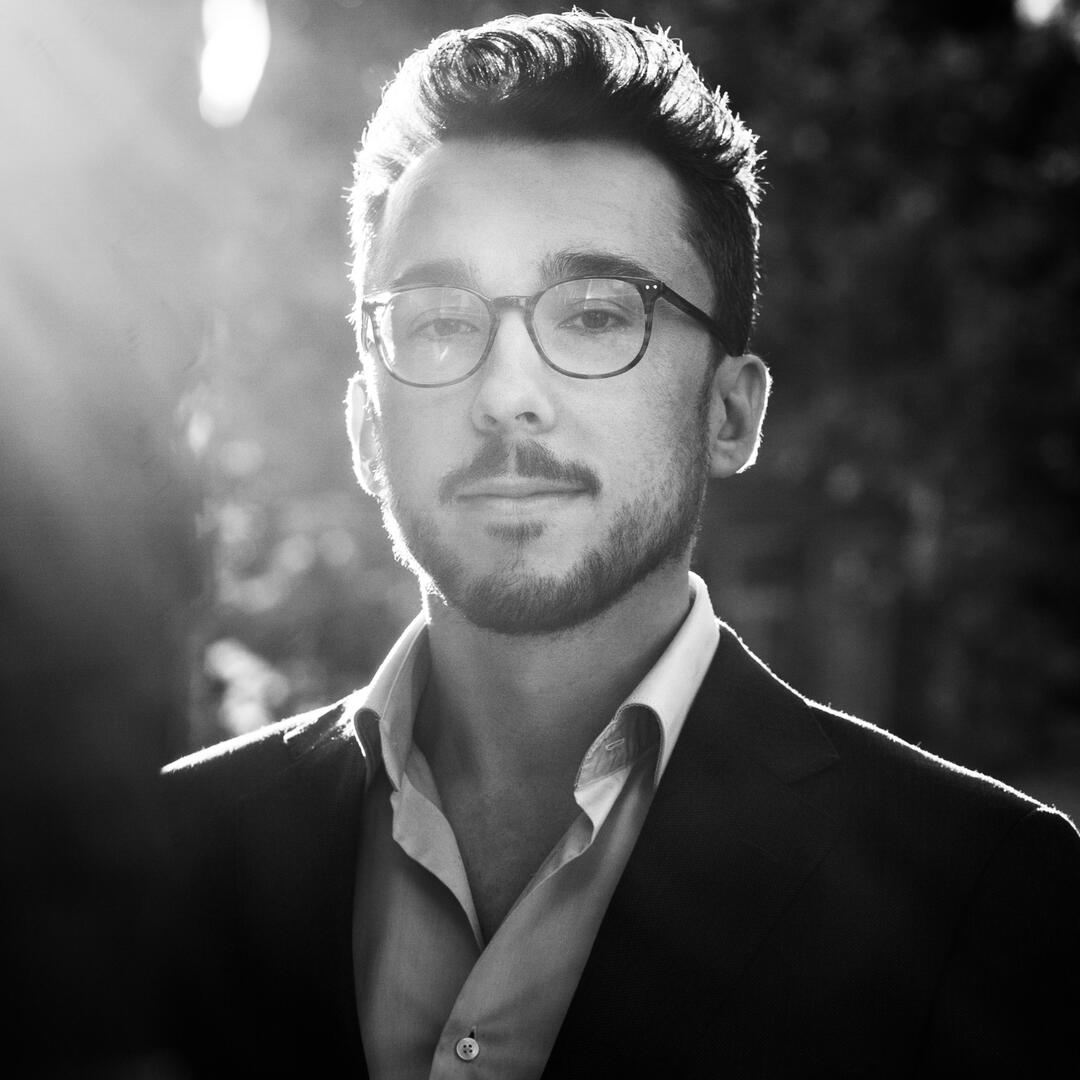 He taught previously at the London School of Economics, King's College London, Queen Mary, and the University of Amsterdam. He studied Political Science and History in Amsterdam, Istanbul, Florence, and at Columbia University. He was shortlisted for the IISG-Volkskrant Thesis Award and received the Erik Hazelhoff Young Talent Award. He has published a monograph, articles, and essays for Humanity, the American Journal of International Law, Law and History Review, Yad Vashem Studies, Past & Present, as well as Dutch magazines and newspapers. His new book, entitled 'Preparing for War,' is coming out in the Fall of 2021 with Oxford University Press.

Boyd van Dijk is an historian of modern Europe and the international (legal) order. His research interests include the history of humanitarianism, international organizations, decolonization, and mass violence.

He made his debut with a book on the neighbors of a concentration camp in the Low Countries. His new book, coming out in the Fall of 2021 with Oxford University Press, is a comparative study of the making of the Geneva Conventions of 1949, the most important rules ever formulated for armed conflict.

Any history of modern Europe should take account of its interactions with the wider world. This course will explore the history of modern Europe in the world, focusing on questions of race, rights, and humanity from the nineteenth century to the present. It will trace the origins of those ideas, place them in a larger context of broader political and moral shifts, and explain why some have been recently contested by contrasting actors.

The course shows how Europe’s images of justice and rights were far from constant, but actually shifted overtime to reflect changing moral and political realities. In recognizing historical and moral contingency, the course enables students to reimagine Europe’s past and connect it with present-day concerns and visions of the future.

Topics include the history of world ordering; the connections between empire, race, and law; the abolition of slavery; the history of humanitarian intervention; women’s rights; refugee-protection; critiques of human rights and civilization; and post-colonial challenges to European dominance. Texts for the course will include pamphlets, literature, theory, tv series, philosophy, and cutting-edge research in (extra-)European history. Each class students are expected to answer a set of research questions and to present a contemporary text (e.g. article, visual imagery, etc.) relevant to the historical topic under discussion.

LSE - 'From Empire to Independence: The Extra-European World in the Twentieth Century' (Undergraduate Seminar, HY113)

The course is an introductory survey of events outside Europe in the twentieth century, with a particular emphasis on the collapse of the Western colonial empires, the development of relations between the West and new states within Asia, Africa and the Middle East, the struggle between left and right in Latin America, and the rise of non-Western models of political development. It begins with the state of the European empires in the first half of the century; Indian, and Algerian independence; post-independence Africa and the rise and fall of Apartheid; the rise of the non-aligned movement; North-South debates and the debt crisis of the 1980s; the path from independence to revolution in Cuba; the Japanese challenge to the West; the Chinese revolution; China under Mao and Deng; the Japanese developmental state; the development of the modern Middle East; and the Iranian revolution.

Where do human rights come from? Historians began treating ‘human rights’ as a distinct historical subject about a decade ago, and since then the field has grown considerably. In this short time the field has shifted from a celebration of the origins and roots of a universal language for making moral claims, to more critical interpretations of historical origins that question the consequences of this inheritance for contemporary politics and global justice. In this class we will examine the origins of the idea of human rights, how it became institutionalized in law and international politics, and how its history and prospects have become so fiercely contested today.

Examining important events in the historical development of today’s international system, and generalizations that have been drawn from them, this module seeks to provide students with a basic knowledge of international history over approximately the past 350 years (1648-2001). In particular, we will examine the forces — political, military, economic, and cultural — that have given shape to the modern world. This is not a comprehensive course in international history that covers all regions of the world, but one that focuses primarily on the interactions between the great powers of a given era. As a result, it is largely — though not exclusively — Eurocentric in focus. This course will entail considerable reading of history, though elements of theory are included. Our purpose is not to memorize dates and battles, but to understand the interplay of major forces, as well as the theories that attempt to explain these events. 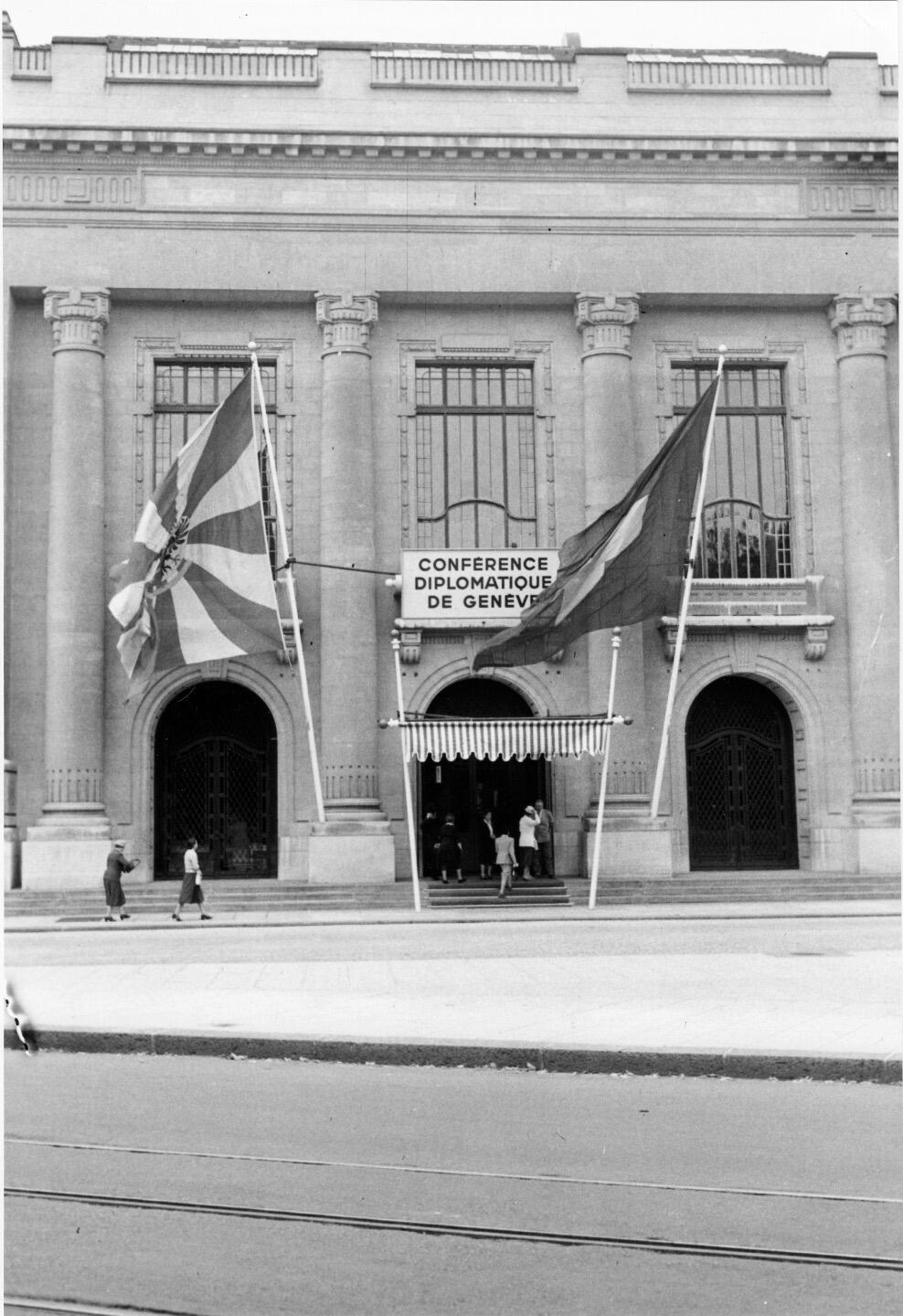 Title: 'Preparing for War: The Making of the Geneva Conventions,' appearing in late 2021 with Oxford University Press.

The 1949 Geneva Conventions are the most important rules for armed conflict ever formulated. They continue to shape contemporary debates about regulating warfare. But their history is often misunderstood. For most observers, the drafters behind these treaties were primarily motivated by liberal humanitarian principles and the shock of the atrocities of the Second World War.

This book tells a different story. It shows how the final text of the Conventions, far from being an unabashedly liberal blueprint, was the outcome of a series of political struggles among the drafters. It also concerned a great deal more than simply recognizing the shortcomings of international law as revealed by the experience of war.

Preparing for War, based upon extensive archival research and critical legal methodologies, argues that a better way to understand the politics and ideas of the Conventions’ drafters is to see them less as passive characters responding to past events than as active protagonists trying to shape the future of warfare. In many different ways, they tried to define the contours of future battlefields by deciding who deserved protection and what counted as a legitimate target.

Outlawing illegal conduct in wartime did as much to outline the silhouette of humanized war as to establish the legality of waging war itself. Although they did not seek war as such, drafters prepared for it by means of weaving a new legal safety net in the event that their worst fear should materialize, a specter still haunting us today. 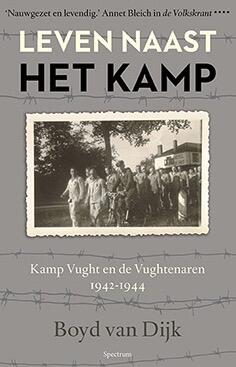 During the Second World War, the inhabitants of a Dutch town were forced to live with Konzentrationslager Herzogenbusch, also known as Camp Vught. The ties between the villagers and the camp's prisoners and guards were remarkably intimiate: some locals had close relations with the SS elite, others distributed aid among the prisoners.

Leven naast het kamp is the first comprehensive account of in- and outsider relations of the most deadly concentration camp in the Low Countries. Drawing on extensive archival research and oral history, Boyd van Dijk explains how dynamics of mass violence and persecution had a profound impact on the relations between perpetrators, bystanders, and victims.

'A beautiful book (...) By not being judgmental the author reveals the gray area between guilt and innocence.'

'Top-three greatest history books of 2013 (...) This book, mainly because of its chosen angle, is a must-read for everyone interested in World War II in the Netherlands.'

'Leven naast het kamp [makes] painfully clear that bystanders directly or indirectly could have a large share in the persecution of Jews and political prisoners.'

'We're now living in a time of peace and prosperity, but it's promising and hopeful that the generation of Van Dijk (26) still remains committed to writing about the epitome of Dutch modern history. Books like these fill the existing gap in our history education.'

'A fascinating book on the dilemma resistance/accomodation.'

'Van Dijk was mainly guided during his scientific research by curiosity and wonder (...) In this book he conveys that astonishment directly to the reader.'

'With his debut 'Leven naast het kamp' Boyd van Dijk has written a chronicle of life in Vught in all its diversity. The combination of inconceivable barbarity with the inconvenient everyday life makes this story thorough, sincere and so leaves a lasting impression.' (★★★★)

'Boyd van Dijk is a talented historian (...) With his remarkable Leven naast het kamp he shows that he has a lot of promise.'

'Leven naast het kamp makes you thinking. What would I’ve done at that moment? The author (...) draws in a striking and special way our attention to World War II.' (★★★★)